BSD City, May 20th 2022 – The digital technology is used to cater smart city elements, including security, time efficiency, health, environmental quality, social relations and participations of the people. The private sectors have been putting their efforts to embed digital technology for leveraging life quality as well as to boost social and economy sectors. This goes parallel with the vision of G20, which will hold its summit by the end of this year. 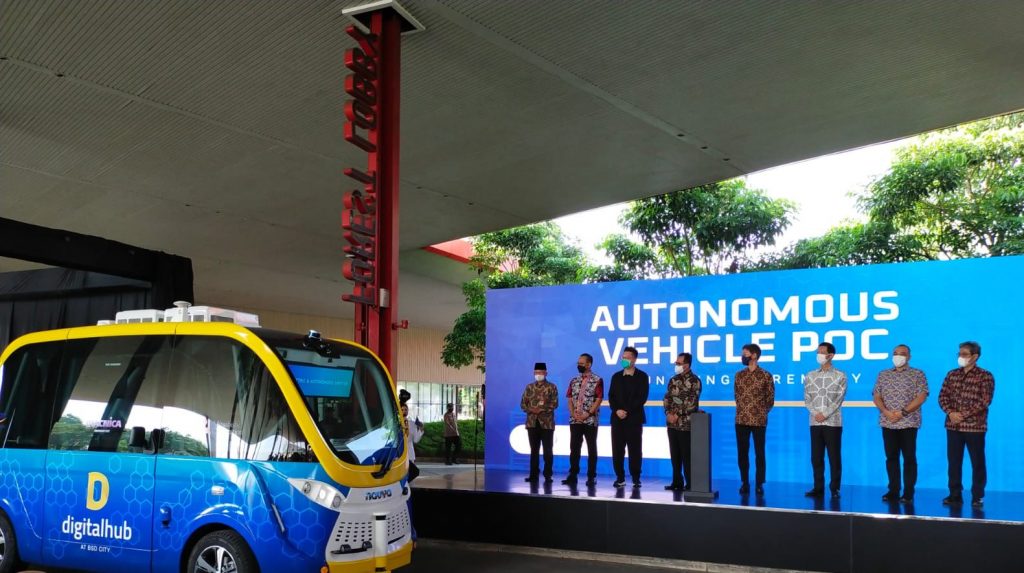 Minister of Transportation, Budi Karya Sumadi, appreciates Sinar Mas Land efforts in developing digital and sustainability cities in the country. “Thank you Sinar Mas Land and Mitsubishi Corporation that have prepared this project as a good innovation for us. The presence of this autonomous electric vehicle offers a solution for low carbon emission and scheduled transportation while dissecting traffic. I hope that we can bring this technology to the G20 Summit so the world will see Indonesia is hosting this breakingthough towards the future. I support BSD City to be innovation lab, setting an example for other developments to embody the vision of our president.”
At the same time, Group CEO Sinar Mas Land, Michael Widjaja explained, “As we go towards the smart city, Sinar Mas Land prepares BSD City to be agile in facing various alternative solutions for people’s lives in the future. BSD City’s presence as a Research and Development center marks an important element in its transformation into integrated smart digital city. Now that this township makes a testbed for the autonomous electric vehicle, we came closer to embody the futuristic city through this green mobility for the residents.” The Navya Autonom® Shuttle has an electric drive and battery pack with a capacity of 33 kWh that can last for 9 hours. The electric vehicle is sized 4.7 m x 2.1 m with a passenger capacity of 15 people, 11 sitting and 4 standing. The Navya Autonom® Shuttle is equipped with a variety of sensors ranging from the use of GNSS (Global Navigation Satellite Systems), and LIDAR (Light Radar) sensors combined with a high-resolution camera for big data analysis, which will then be processed by a high specification computer embedded in each bus. These autonomous electric vehicles can detect, track and classify surrounding obstacles in real time to determinr the optimal trajectory and speed profile, including accelerating, steering, and braking autonomously. 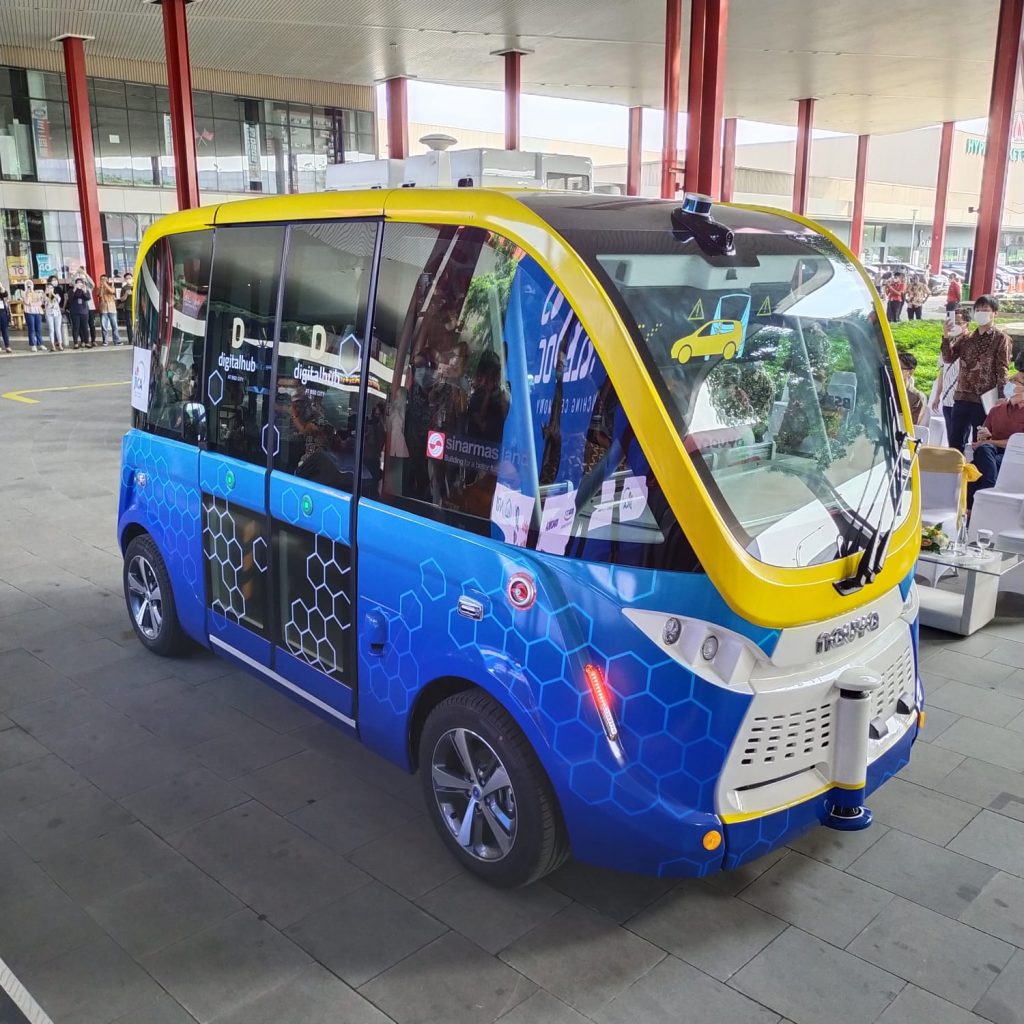 General public can participate in this autonomous electric vehicle trial by first registering and filling out a survey before and after enjoying the vehicle through the OneSmile, BSD City’s city app. Sinar Mas Land offers this most recent technology to add a transportation and mobility alternative in BSD City which is beneficial for all residents and visitors. BSD City is continuously supporting digital tech and innovations in transportation sector as it caters researches for numerous multinational tech companies including Apple Inc. through the Apple Developer Academy, Amazon Web Services and Grab’s GrabWheels.