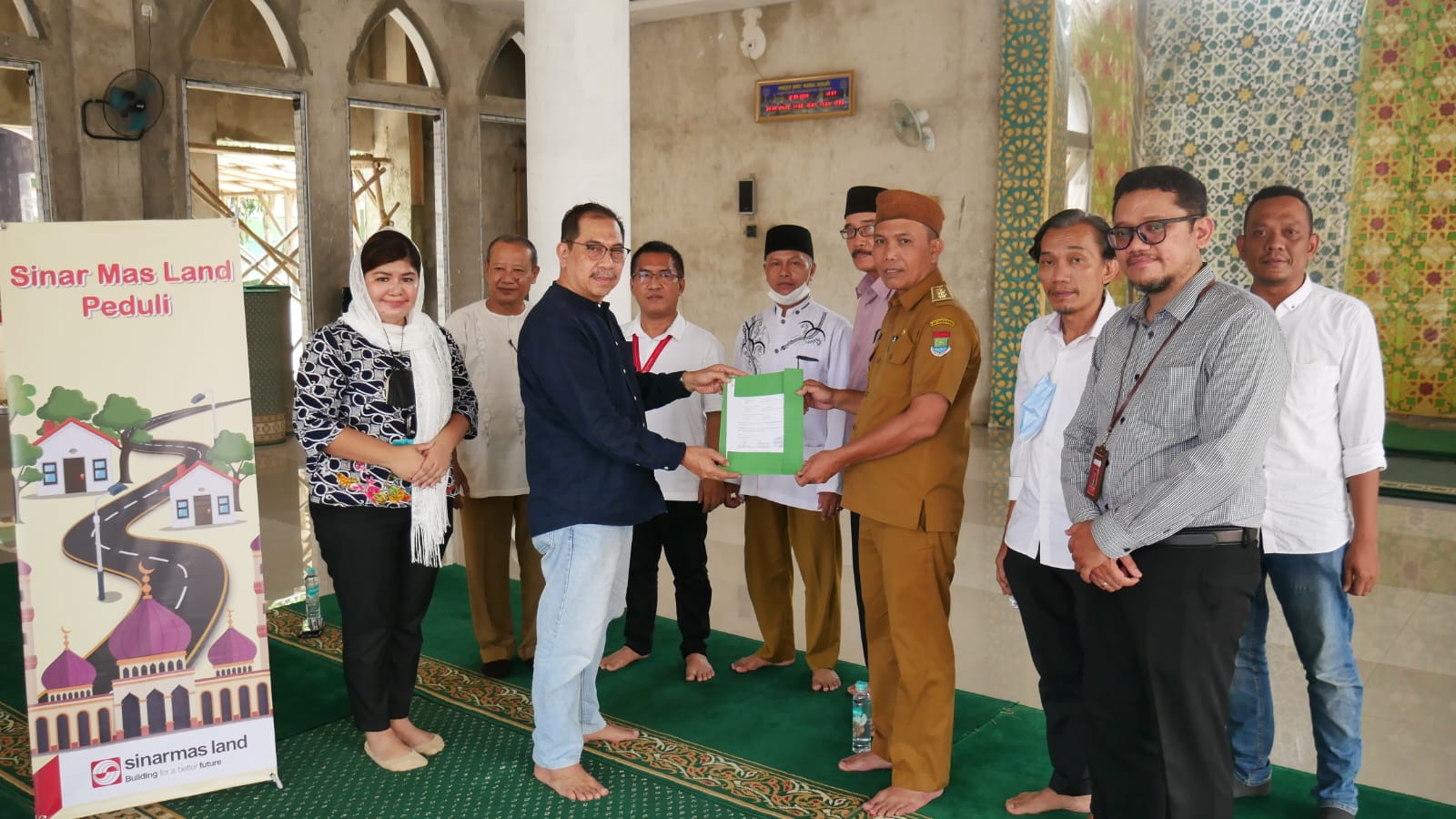 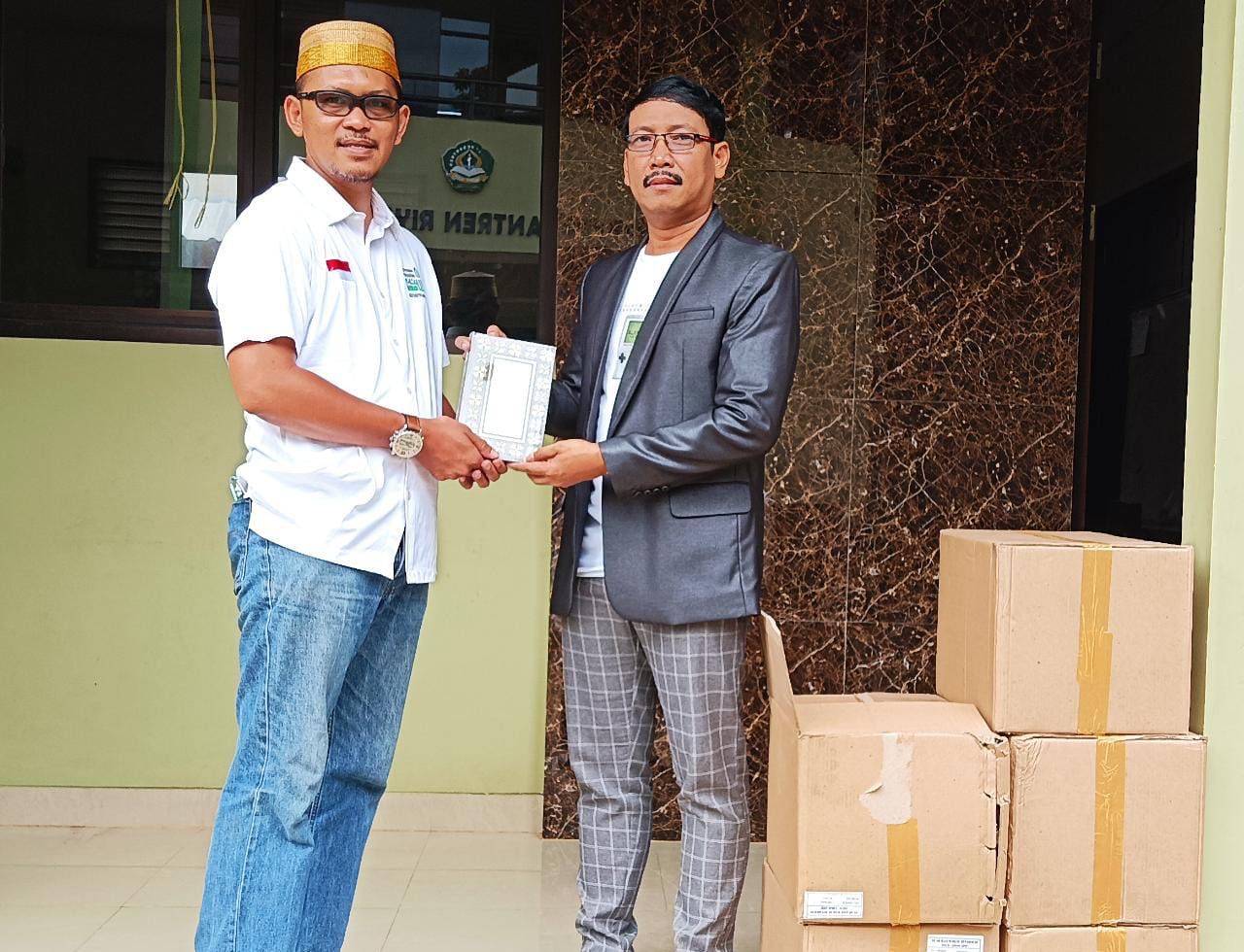 The program’s goal is to lower the number of Koran-illiterate Muslims in Indonesia because, according to the data from the Ministry of Religious Affairs, there are 65 percent of Indonesian Muslims who cannot read the Islamic sacred book. The BBQ program first started in 2018 and has been held annually ever since, making 2021 its third year. Following the success of the 2018 and 2019’s BBQ, which delivered Training of Trainers (ToT) to 600 male Islamic religious teachers (ustaz) and Koran reading teachers from 127 mosques and little mosques (musola) in BSD City, now YMSML is expanding its program to around 50 mosques and musolas in Kota Wisata Cibubur, Legenda Wisata Cibubur, and Grand Wisata Bekasi. The BBQ  2021 was held online via Zoom with 150 ustazs and Koran reading teachers. 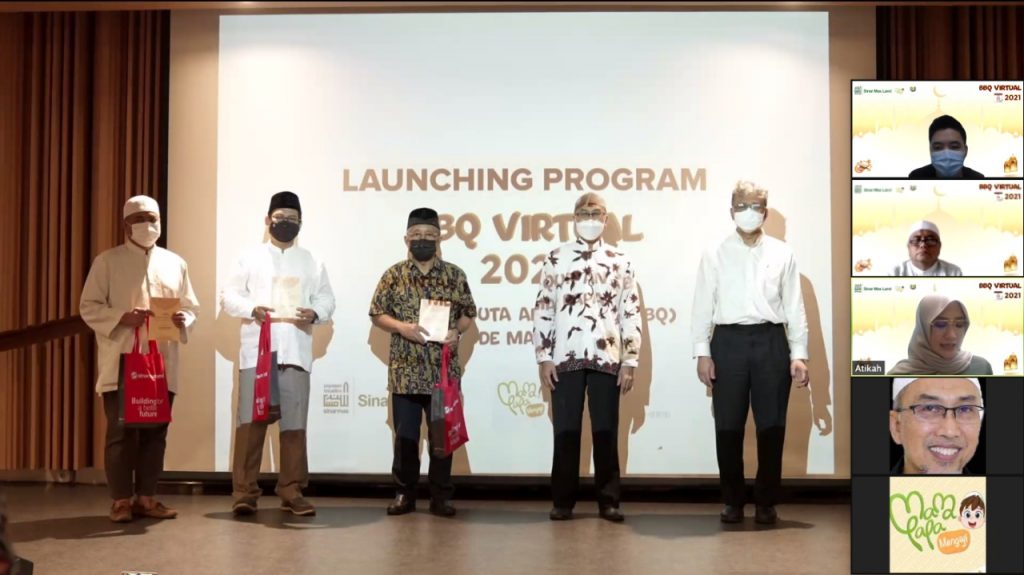 YMSML Supervisor and Head Dhony Rahajoe said the Virtual BBQ 2021, collaborating with the Mama Papa Foundation, was actually a follow-up program of and to complete the Wakaf Al-Quran untuk Negeri program. “This event’s goal is to eliminate Al-Quran illiteracy as there are many Indonesian Muslims who cannot read the sacred book, as many as 65 percent according to the data released by the Ministry of Religious Affairs. The ongoing Covid-19 pandemic however does not stop us from running the program, so this year we will make it virtual,” says Dhony. 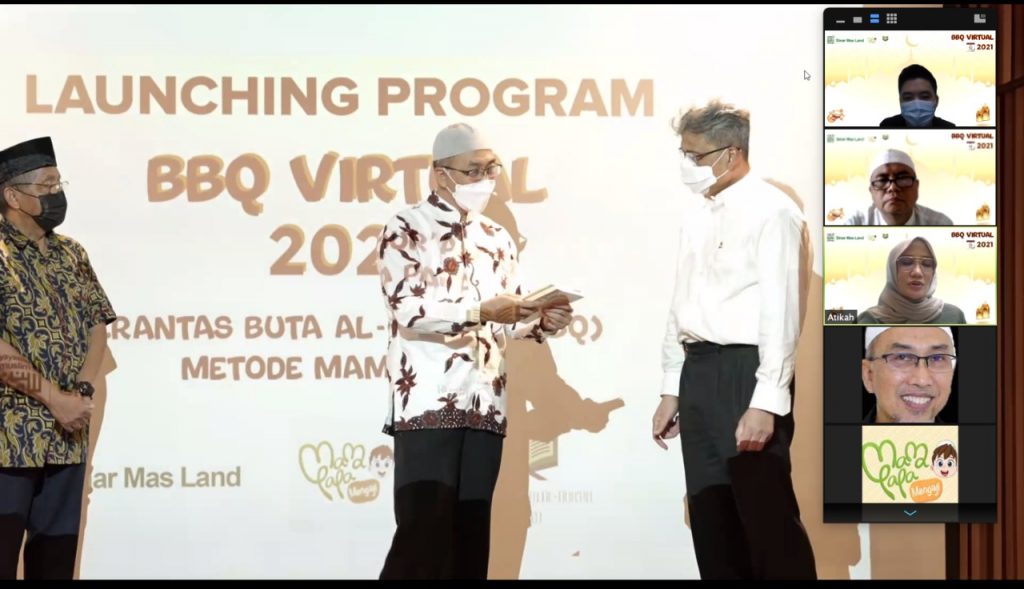 Dhony further explained that the Virtual BBQ 2021 delivered three ToT sessions to the ustazs and Koran reading teachers for three months, or from May to July. In each session, they would receive intensive three-hour training using the Mama Papa teaching method. During the training, the participants would receive guidebooks and digital copies of the necessary tools so they could easily master the method. In addition, they had to apply that Mama Papa teaching method to their students and ummah. 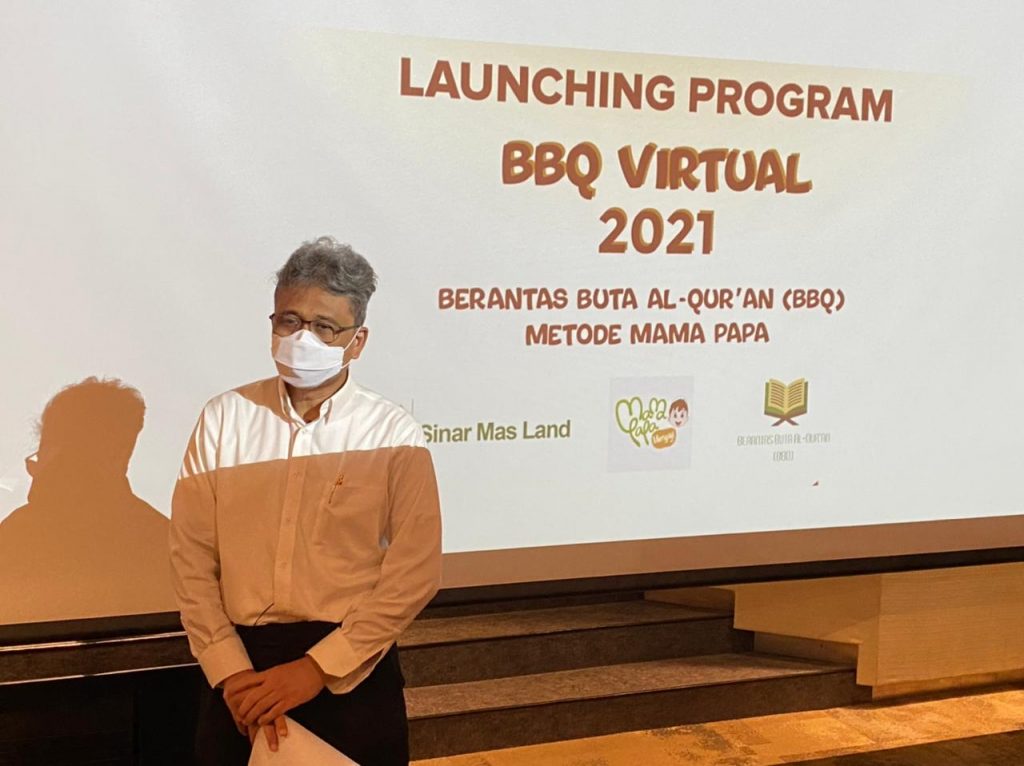 The Mama Papa method is one of several ways to introduce 29 Islamic letters Hijaiyah by using stories and daily conversations as its approach, so it should be easy to understand. “I think this method is really interesting. The reading method is almost similar to reading Arabic-Malay texts. In the Mama Papa Koran Reading Method (Metode Membaca Al-Quran Mama Papa) book, there are four main stories that introduce the Hijaiyah alphabet. It helps Muslim, especially children, easily and quickly remember the alphabets,” says the book author Ustaz Muhammad Taslim. He wrote and published the book in 1999.

The Virtual BBQ will begin on May 2, 2021 and end right on the celebration of the Islamic New Year of Muharam 1 this August. The closing ceremony will include a virtual Koran reading competition for children aged seven to 12 years old from 50 mosques who have finished this year’s BBQ, with Rp42 million as the grand prize. Meanwhile, the BBQ’s main events in 2018 and 2019 held Koran reading contests using the Mama Papa method, joined by hundreds of Koran education park (TPA) students from age four to 12 years old coming from around BSD City. The BBQ is a religious social program for the community around the Sinar Mas Land’s project sites.