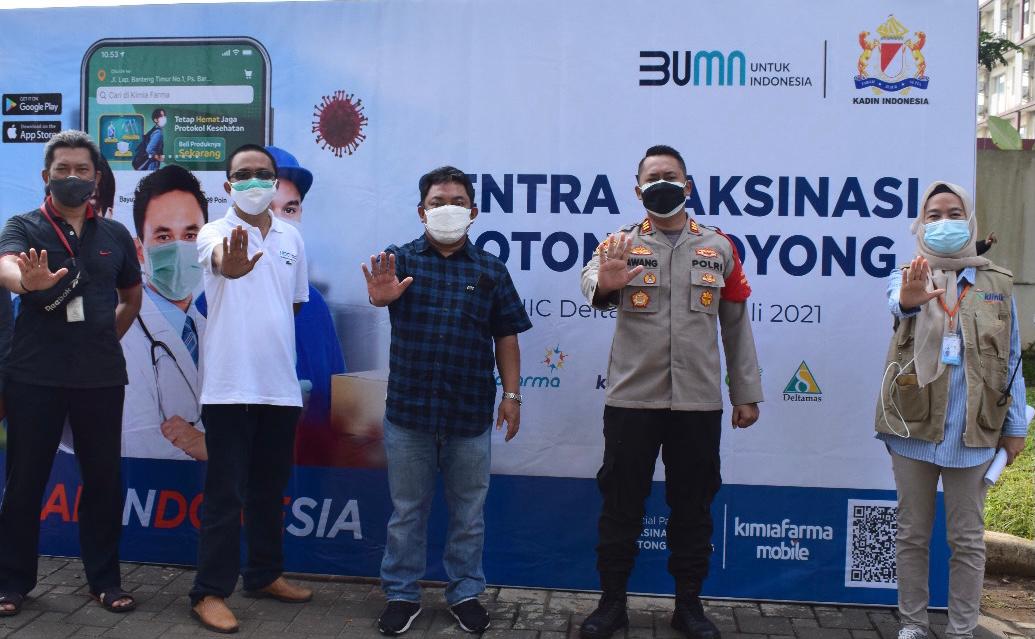 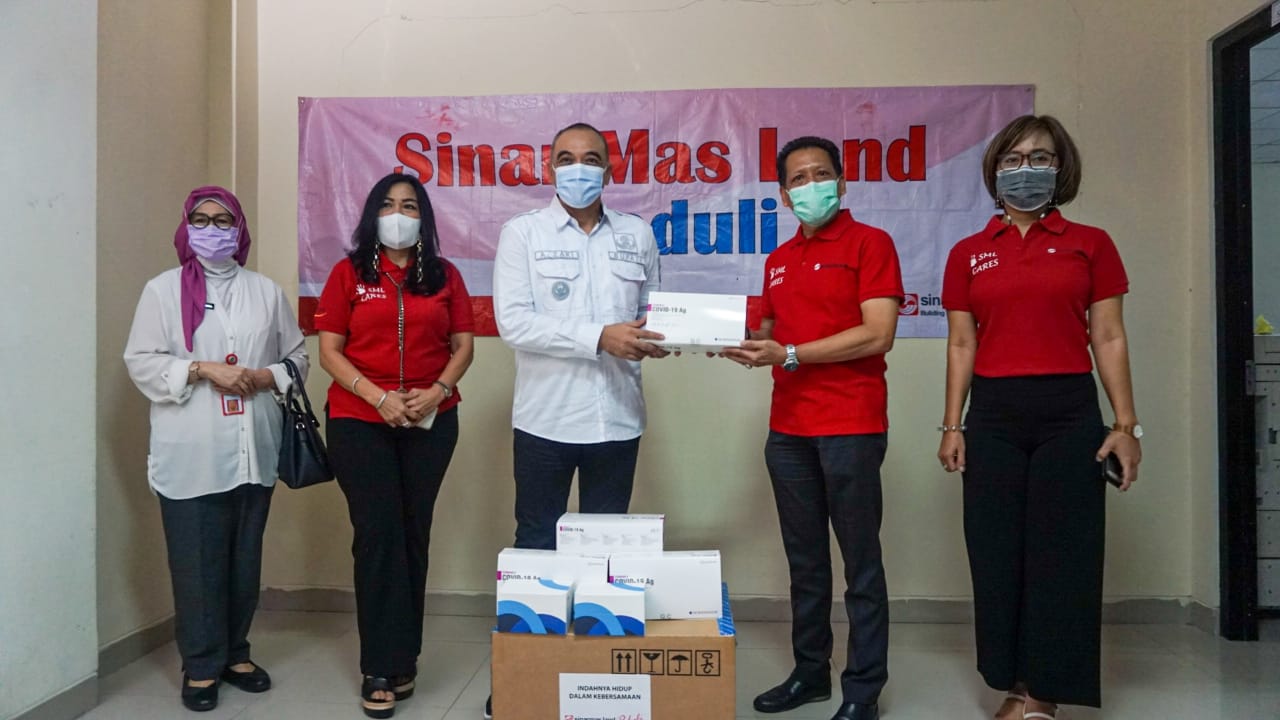 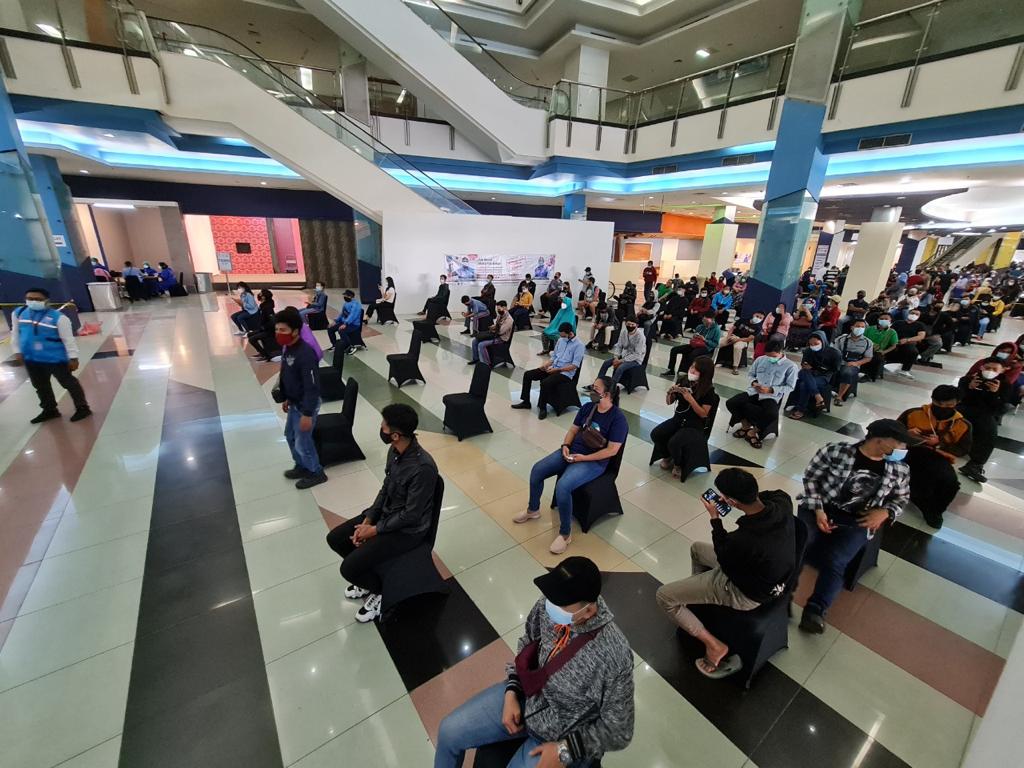 BSD City, May 24, 2021 — Sinar Mas Land through the Sinar Mas Land’s Muslim Foundation (YMSML) has never ceased to assist the government to stop the Covid-19 virus spread, including by opening vaccine centers for seniors and mosque officials (takmir) around South Tangerang. This second dose vaccination program was joined by 903 people and held at Sekolah Islam Al-Azhar (Islamic private school) in BSD City on Thursday (5/20). The company worked together with the South Tangerang Public Health Office, BSD’s Mosque and Little Mosque Forum (FMMB), and private health company SehatQ to operate the vax centers.

YMSML Supervisor Dhony Rahajoe said the vaccination program showed how YMSML cared about the takmirs at many BSD City’s mosques and little mosques (musola), which were also part of the FMMB community. “YMSML has an idea to vaccinate the takmirs and other mosque staff as they tend to give more religious services during this year’s Islamic fasting month Ramadan, thus they frequently make direct physical contacts with the community. We hope those who have gotten their complete vaccine doses can serve the Muslims at the mosques and musolas in BSD City and the surrounding areas safely and comfortably. We also ask the vaccination recipients to keep applying strict and disciplined health protocols,” says Dhony.

Head of Immunization Surveillance and Crisis Management of South Tangerang Public Health Office dr. Abdillah Assegaf said the second dose vaccination was actually a follow-up from the first vax dose delivered 28 days prior. “The second dose is to better improve the antibody to protect and boost up our immune system against the Covid-19 virus. We would like to thank YMSML for supporting and helping us with these vax centers. People however still have to apply the health protocols every day despite already having had their shots,” says Abdillah. 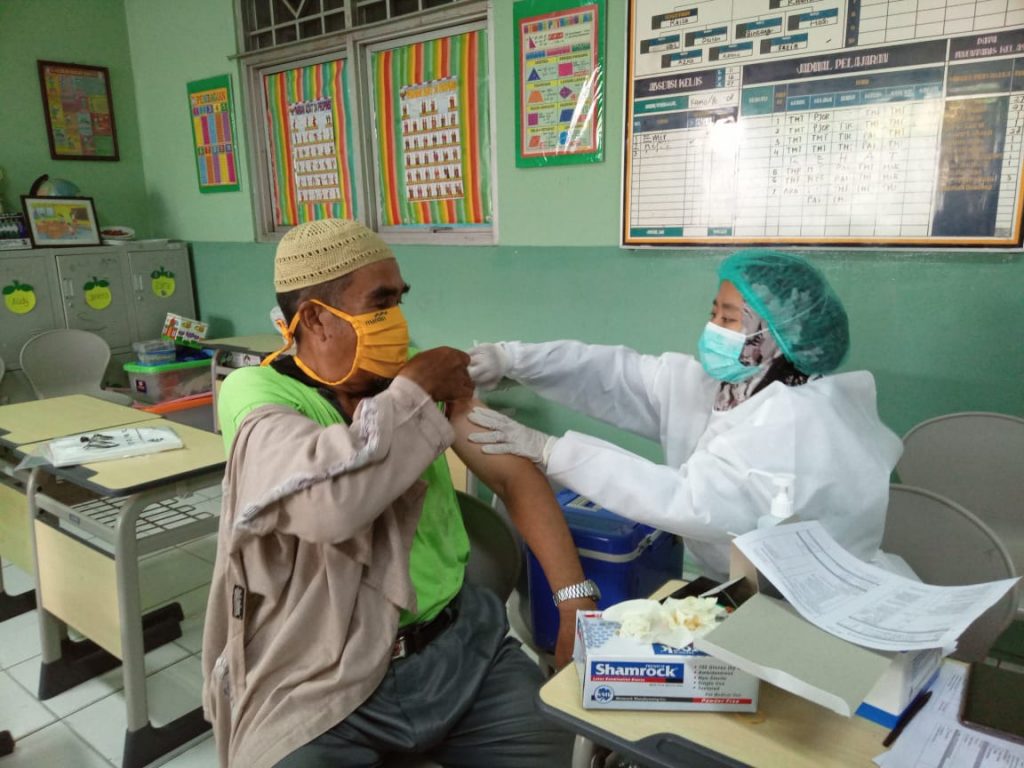 According to FMMB Representative H. Ajid Bangun, vaccination benefited the community especially the elderly and public service officers such as takmirs. “We appreciate the vaccination for the takmirs as they directly provide religious services for the Muslims,” says Ajid.

Other than conducting Gotong-Royong (Cooperative) Vaccination Program at Sekolah Islam Al-Azhar BSD City, Sinar Mas Land also opened other vaccine centers together with the Public Health Offices of South Tangerang, Tangerang Regency, and DKI Jakarta in many locations since April 2021 as part of the company’s CSR program to provide the venues as well as facilities and infrastructure for the medical professionals. In BSD City, the centers targeted small-scale merchants, tourism staff, and public service officers. At ITC Mangga Dua in Jakarta, those centers were for the Micro, Small, and Medium Enterprise (UMKM) owners. As many as 27,543 people received their much needed injections from the Sinar Mas Land’s vaccine centers in various locations.